I am stripped bare of defenses,

because what defense can there be

against love that’s uncomplicated and pure?

I cannot move. I cannot speak.

It is not I who signs papers,

though the body is mine.

But I am there as you slip away,

so you will know that you’re not alone.

How can this be?

How can it be that I could not save you

from the bite of time and illness,

until it seemed that the only kind thing left

was to draw the curtain across your life?

And now, the only thing left is to

lay you gently in the embrace of the earth,

where you can breathe through the fragrance of

the rose that grows above you.

My friend, who was by my side,

a little bit of downy-soft sweetness,

through some of the most difficult days of my life.

It cannot be, but it is.

And I am swimming through the deep end of grief,

in a bubble of misery, dulled by shock.

But I am swimming.

So do not touch; do not come too near.

Right now, I’ll shatter as easily as an eggshell

against concrete and if I shatter, then I’ll drown.

The clouds will clear tomorrow.

Tomorrow the sun will shine

and the wind that roars in my ears

and whips the waves to shore will still.

The imprint she left on my life

– Written for Lily, who added beauty to the world from July 7, 2011 – March 1, 2022. She was one of the sweetest cats I ever knew and certainly the most beautiful (everyone who met her commented on it)…that lusciously soft fur, those ocean-blue eyes, the contrast of that hourglass blaze and white mittens against deep seal brown. She chose me and attached herself to me like a little shadow, ready to purr at the slightest provocation.

I both admired and bemoaned Onyx’s hunting prowess, felt sympathetic toward poor Ginger’s skittery nature (life wasn’t easy for Ginger, who felt sure that the sky was ready to cave in at any moment…being honest, sometimes I felt impatient with her for that, too). I loved Joe for his athleticism and core of wildness, adored Little Kitty because, well…he was a dear little kitty, simultaneously naughty and endearing, loved Grover for his sheer mass, his gravitas, his gentle personality. And I delight in Julian’s offbeat quirkiness; he may not speak English, but speaks volumes with his eyes and his tail. 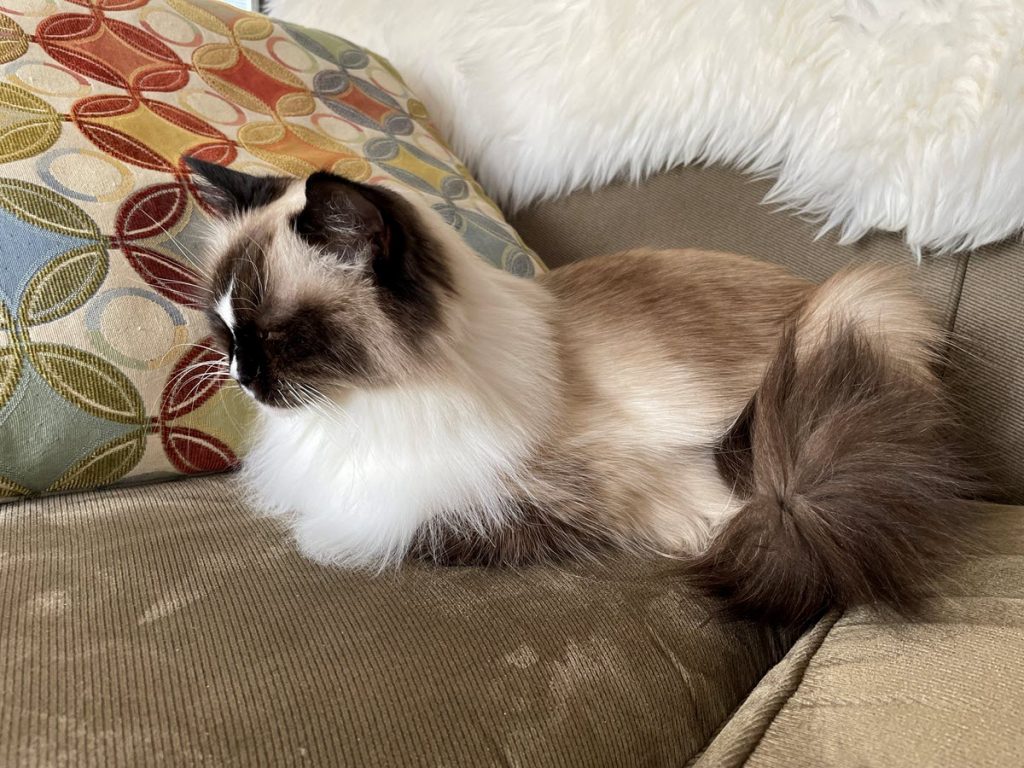 I took the photo just a little while before taking her to the vet for the final time. She was a shrunken version of herself by then (literally – despite medication and a prescription diet, she’d lost about 25% of her body weight due to illness; a type of lymphoma is what the vet thought, though we didn’t want to put her through the biopsies to confirm it). Even ill, she was still ready to purr at being petted, particularly on her cheeks, under her chin, and if you scratched gently along the sides of her neck. I knew it was time to let go – I’d known for a while that we were heading in that direction – and at the same time, it broke my heart. 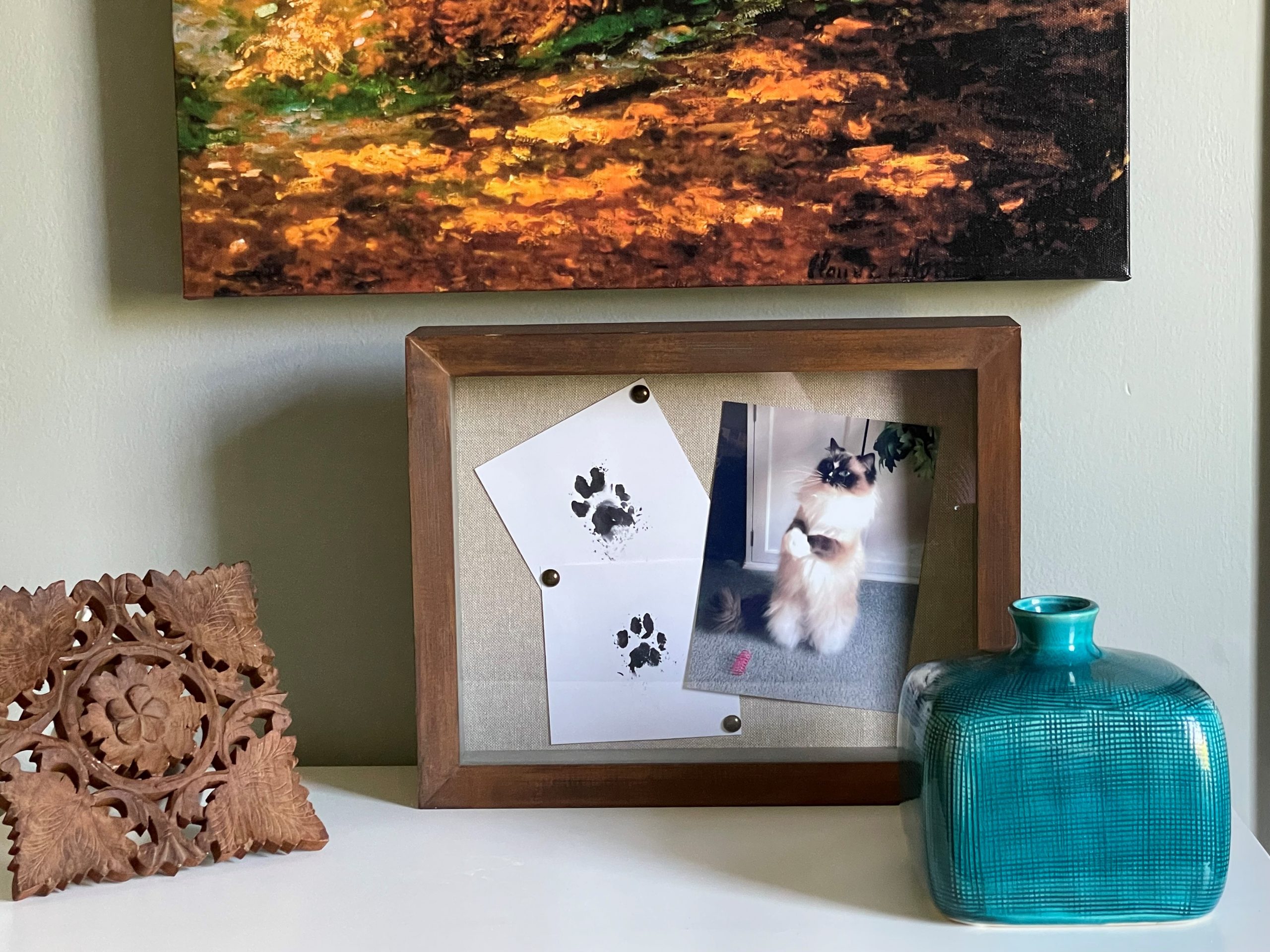