The Day I Met My Parents

I was very scared the day I met my parents. I was living in a cage in a room with a lot of other cats in cages. It was good to have enough food and to be somewhere warm and dry. But I had been through a lot and I was afraid. 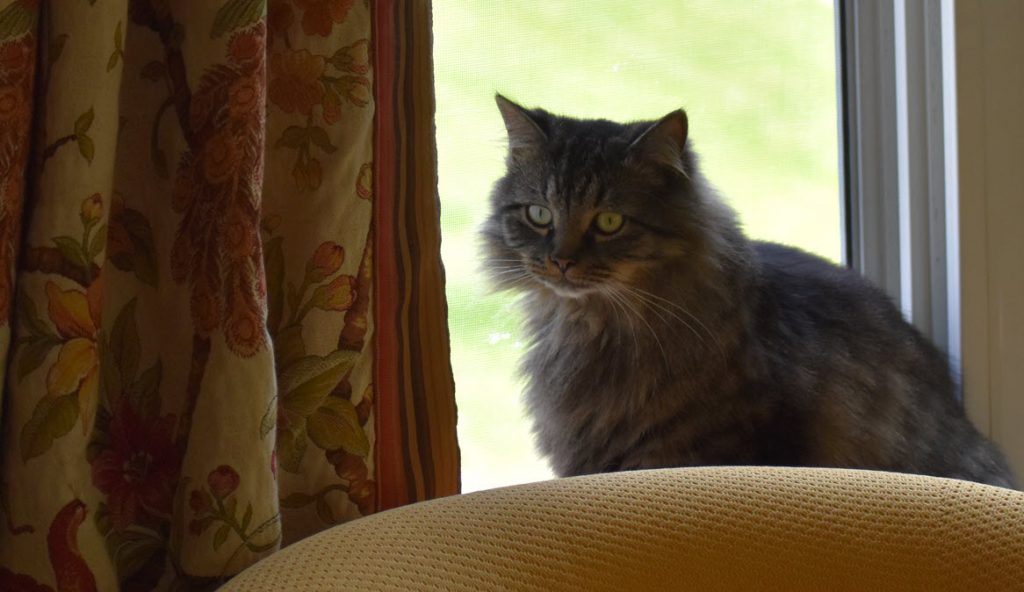 I had another family before I came to live with my mother and father. They cared enough to microchip me and I was happy with them, but Something Happened and I had to learn how to live on the city streets.

Unless Something has happened to you, you can’t quite imagine what that was like. Today, if I could get outside, I would hunt for fun. But back then, I didn’t know where my next meal was coming from and I didn’t know who I could trust.

I managed to cross a busy street one day and I found a bowl of food on a porch on the other side. It was there the next day and the next day, too.

I started being less afraid of the lady who put the food out and after awhile, I let her pet me. It had been a long time since I had felt kind hands. Finally, I even let her pick me up.

But then, something else happened.

She took me to a place where there were a lot of other cats and dogs. It was too full of too many things and I didn’t like it.

There were too many smells, too many sounds, too many other animals (who might or might not be friendly). Too many people with too many staring eyes and I was too afraid to let them touch me. I just tried to shrink out of sight.

They moved me from that place to a smaller one that only had other cats. I had a big cage with platforms I could climb up and down on. It was a little better than where I had been and one lady in particular took an interest in me. She was there every day and little by little, I began to let down my guard with her, but I was still scared of everyone else.

People came and went and some people looked at me (I am a very handsome cat, after all). But they wanted a cat who was already friendly, not a cat who went to the back of his cage when they came over and who just tried to make himself as small as possible.

I was scared of my parents when I met them, too. But they had another cat at home (that was Lily, though I hadn’t met her yet) and they wanted a gentle cat who would maybe be friends with her after awhile. And they liked how soft and silky my fur is, even though I was still very skinny.

It was between me and a tuxedo cat named Dexter, but in the end they picked me because they thought I would be more mellow. They hadn’t seen how good I am at chasing ping pong balls yet.

P.S. This is me with my father and a crow feather he found for me.

2 Replies to “The Day I Met My Parents”