A Beautiful, Functional Alternative to Forsythia

Throughout much of the United States, forsythia is a familiar sight. It’s widely planted, easy to grow and inexpensive to propagate. And after a long winter of muted color, the explosion of yellow in March or April can be a welcome sight.

So why am I suggesting an alternative? 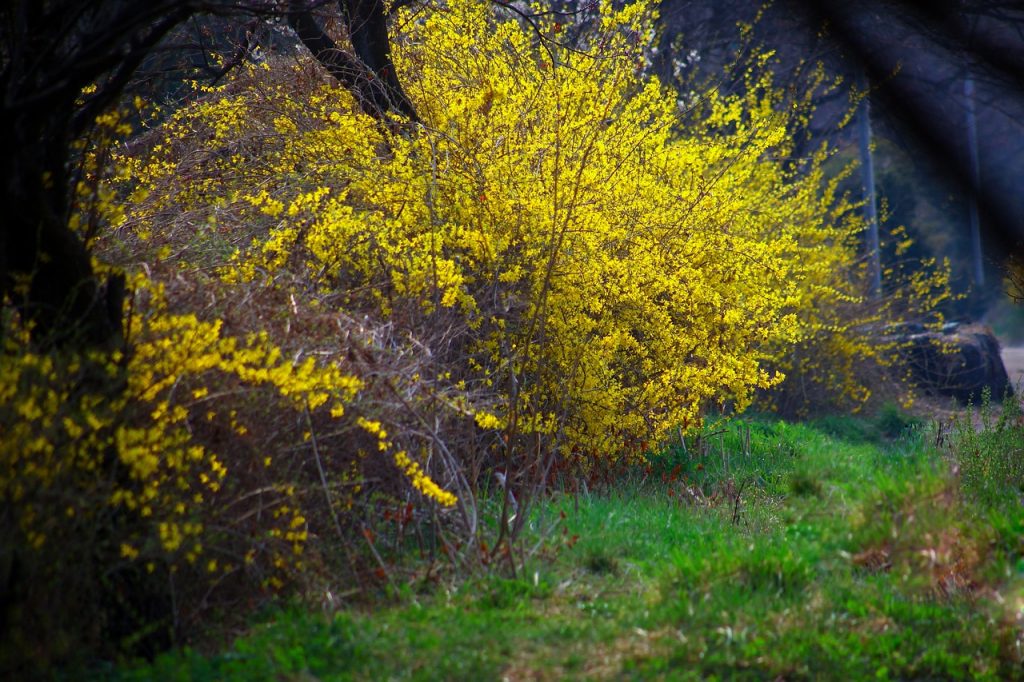 Well, as I’ve shared elsewhere, it’s smart to remember that something may look beautiful for a few weeks, but you’re going to be seeing it all year.

The Problem with Forsythia

Whether you’re a fan of forsythia flowers or not (some people love them, some people think they’re garish), forsythia bushes just don’t have that much to recommend them the rest of the year.

And as far as food for wildlife, they have very little (if anything) to offer, though a big tangle of forsythia may appeal to some wildlife as a place to shelter.

But even from a purely human point of view, unless you really, truly love forsythia flowers, why choose something that only has visual interest for such a short while? Especially when you can have something that has:

So what is this paragon of multi-functional delight?

A Field Trip to the Woods

Since it’s blooming now, I took a little field trip to the woods this weekend, so I could show you spicebush in its native environment. Check out the waves of yellow in the backdrop of the top photo – that’s all spicebush in glorious full bloom. 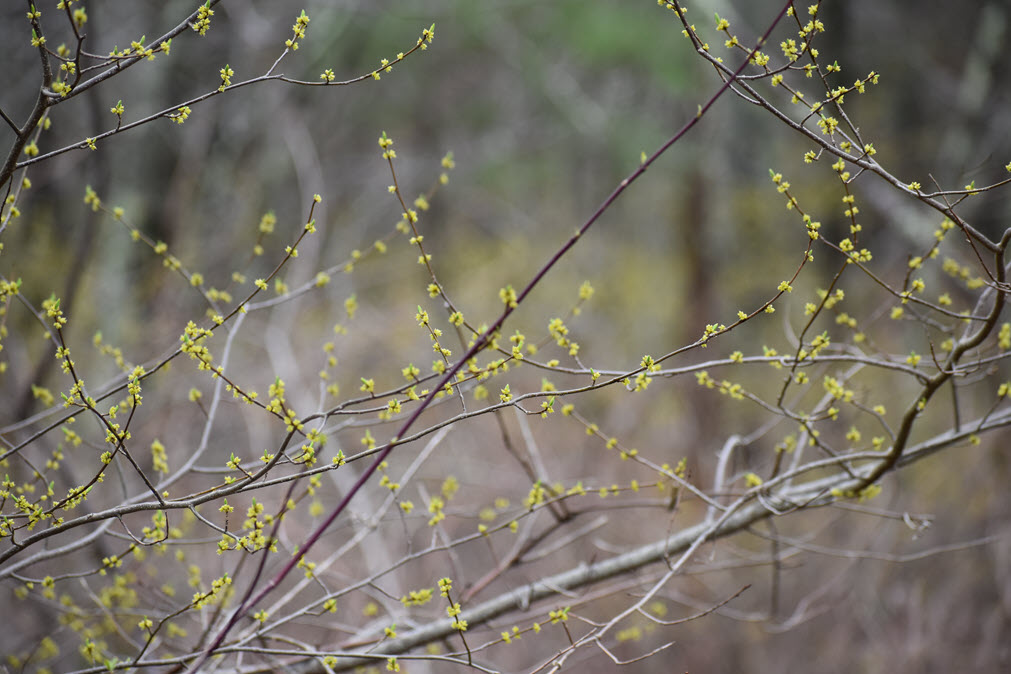 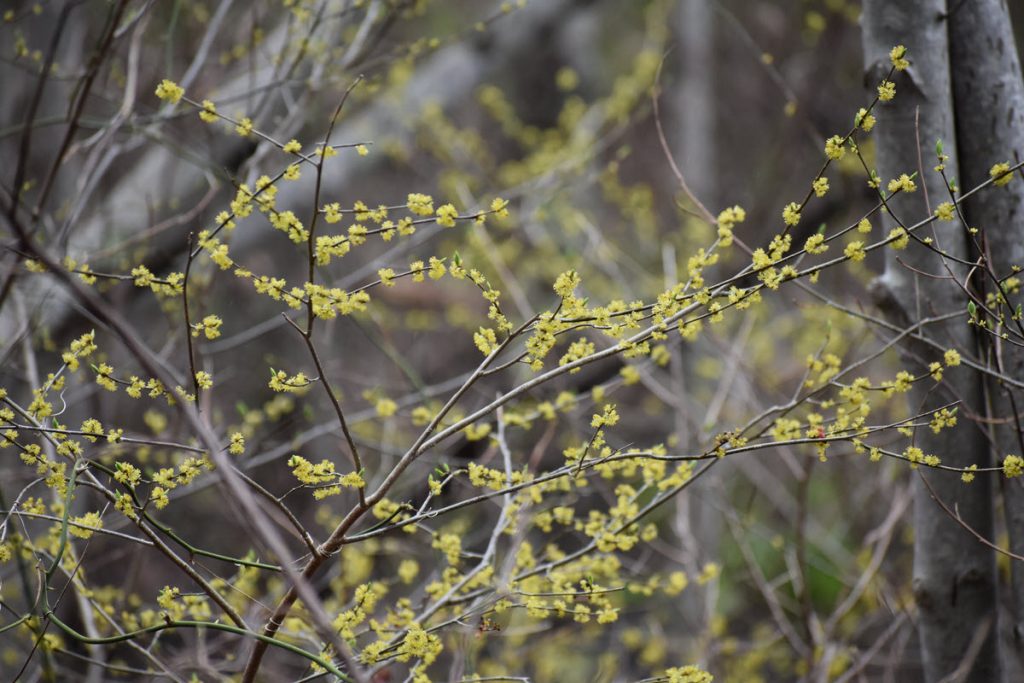 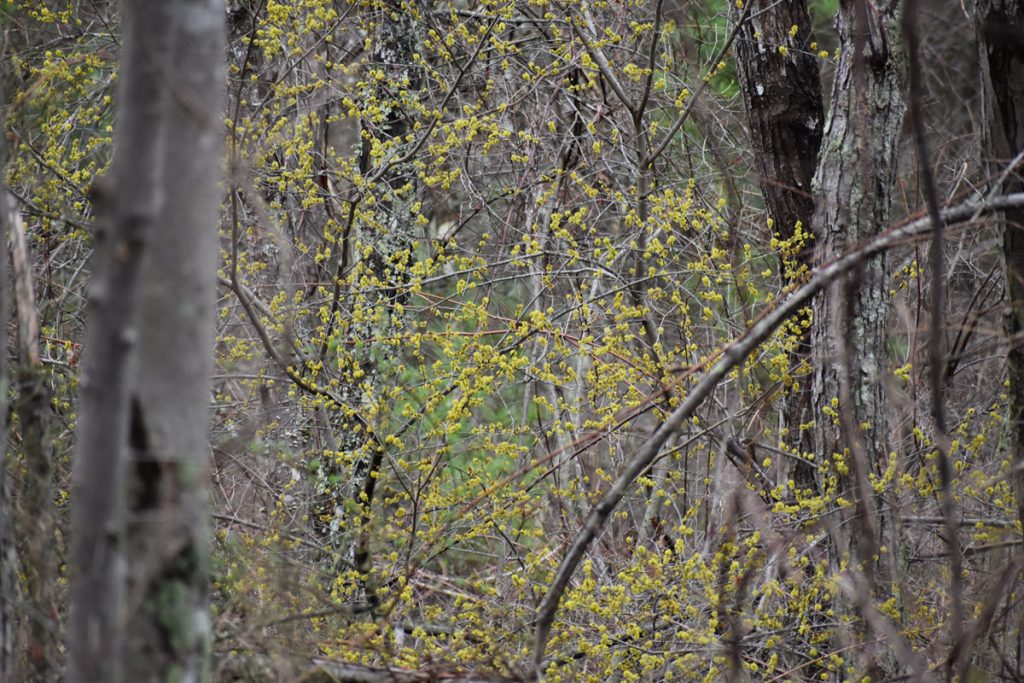 And here’s a photo of spicebush in bloom in my garden. 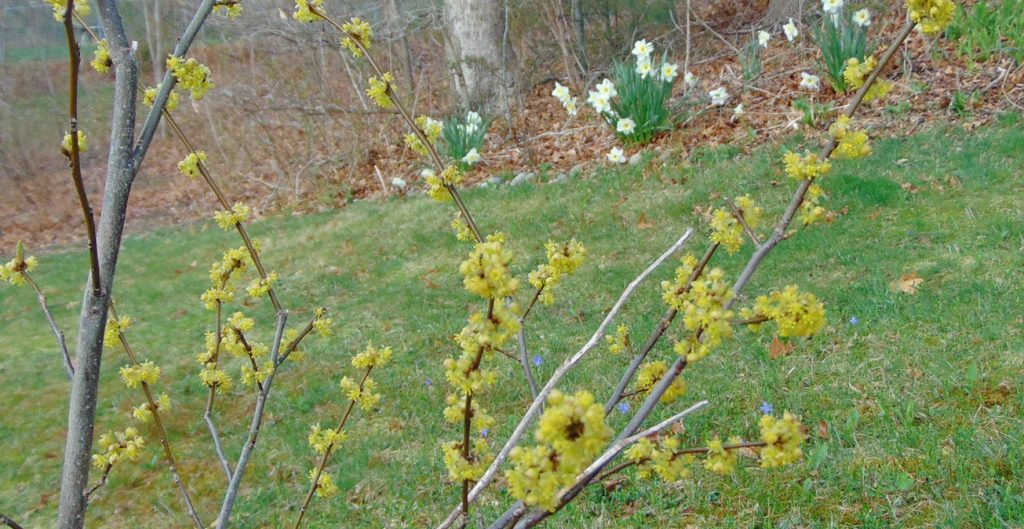 Here are some things to bear in mind when choosing a planting site for your spicebush.

It naturally grows as part of the understory in wet woods. However, I have found spicebush to be fairly adaptable as far as soil moisture.

I have it growing in partial shade in what I call my “bird hedge” along the southwest property line. My soil is sandy and well-draining, but once it was established (after two years), my spicebush has done well without any supplemental irrigation.

I suspect that the same would not be true if it was planted in the front yard, in equally well-drained soil, but without any shade.

It will mature at about twelve feet high and wide, so this is not a shrub to plant in front of first floor windows or too close to the end of your driveway. Plant it where its mature size will be an asset.

Like holly, spicebush is dioecious. This is just a fancy way of saying that each plant bears either male or female flowers, but not both. The female bears the berries, but only if there is a male nearby to provide pollen.

You can find a quick guide for identifying male and female flowers here. I haven’t found any nurseries that sell sexed plants, so knowing how to distinguish them yourself is useful when you pick out your plants. (Just be sure to go to the nursery in mid-April, when the shrubs are in bloom.)

I purchased mine from the Native Plant Trust, a source that uses no systemic pesticides, such as neonicotinoids.

So there you have it – airy yellow flowers in spring and a whole lot more for the discerning gardener.