When I dream, I am a Destroyer of Squirrels and if my mother let me, I would be when I’m awake, too.

If you ask me, they deserve it.

Just look at this. 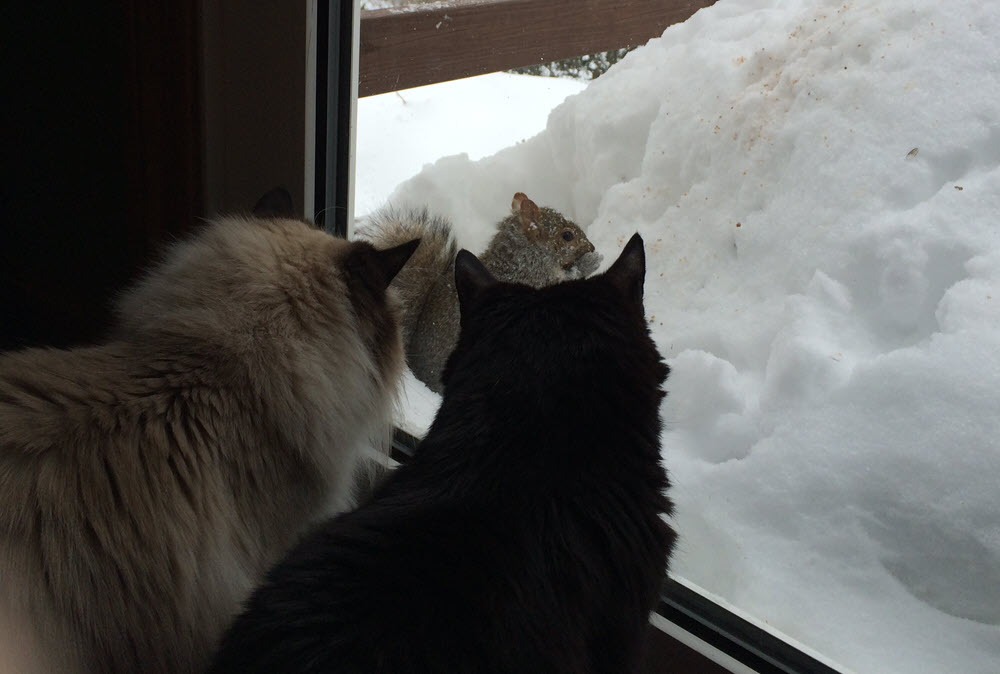 This was from a winter before I was born when there was a lot of snow. It must have been awful.

My mother put food out for the birds because it was so cold and windy and snowy. But this squirrel must have thought it was for him.

Anything that comes that close to possible death by tooth and claw deserves to die, if you ask me. (Not that my mother does.)

Of course, Lily hardly cares. She likes to watch them, but that’s about it. I don’t think she has very much sense.

The cat with her was a very old cat who I never met. Lily says that he was a very nice cat. They used to snuggle together in the same cat bed and wash each other’s foreheads.

The way Lily said that made me think that she’d like to wash my forehead, but she’d better not try it. Lily thinks she knows everything, just because she’s going to be eight years old this summer and I’m only three.

There was another boy cat my age who lived here before I came to live. Lily says that he died tragically and that my mother loved him very much.

I wonder if he was smarter than Lily is and if we might have played together.

He would jump up on top of a bookshelf that is in my mother’s office. I might have liked a cat who would do that. 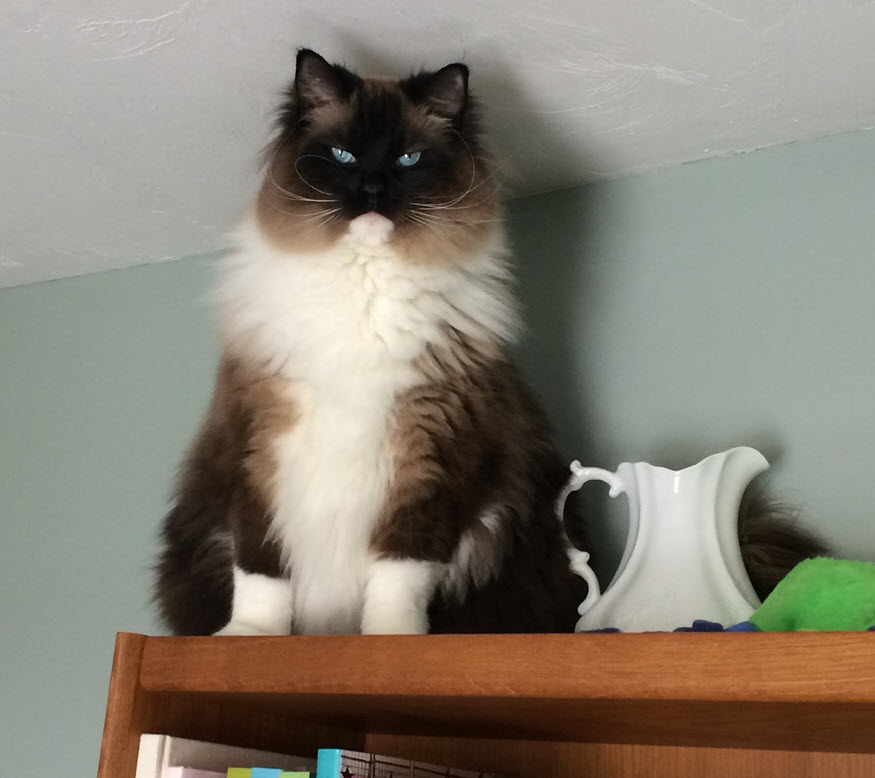 Plus, any cat who would fall asleep like this might have been a cat worth knowing. Lily says that’s when he was just a kitten.

Lily is very princess-y. Plus, she would hog the top spot on the cat tree all the time if I let her. Lily only thinks about herself.

Sometimes I like to chase Lily and my mother will put me in a room she calls ‘kitty jail’ for a little while. She says it’s so I can calm down.

She says I have to be nice to Lily because Lily is older than me and she was here first. I don’t think that’s fair.

I don’t actually mind going to kitty jail, though, because it’s near the cellar bulkhead and I can patrol for possible mice. Plus, there are a lot of interesting smells there.

But don’t tell my mother I said that. 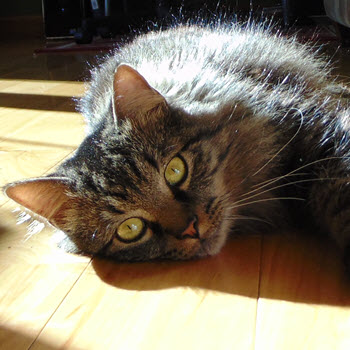 2 Replies to “All About Lily”